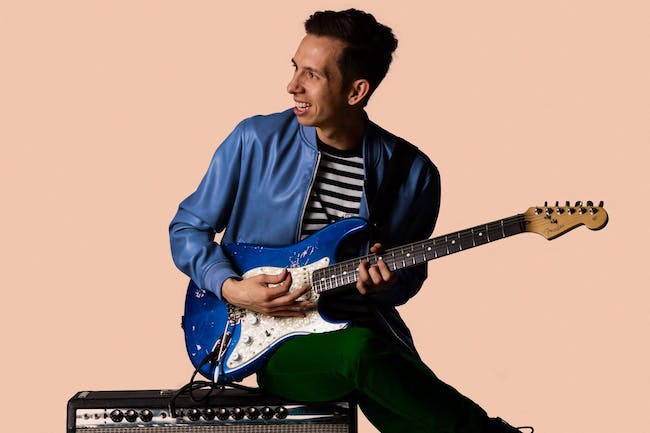 Music motivates at the most primal level.

You instinctually hum a tune in order to get pumped up in the morning, for fuel on the treadmill, to soundtrack your commute, or as the pre-game to a big night out. As much as he treasures his roles as a guitarist, composer, and producer, Cory Wong fashions himself “a hype man,” first and foremost. Living up to this classification, he slings a Stratocaster and hurls “dad jokes” from the stage with the same panache, poise, and power.

“For me, it’s all about the listener’s experience,” he explains. “I want them to have a visceral response like: ‘I feel better,’ ‘That was really fun,’ or ‘I got to escape for an hour.’ You’ll hear my voice through the guitar, but I’m just a hype man. To uplift audiences with instrumental music that has no singing or lyrics is a fun challenge. I’m trying to solve the riddle. If I can get one person to feel good this way, it’s a success. So, I’m giving you Motivational Music for the Syncopated Soul.”

Straight out of Minneapolis, Cory positioned himself as music’s answer to motivational speakers like Tony Robbins since emerging in 2011. Head-spinning rhythm guitar wizardry, technical ebullience, laugh-out-loud jokes, and radiance on stage established him as both a sought-after collaborator and celebrated solo artist alike. He lent his talents to television programs such as The Voice at the dawn of his career. After an impromptu meeting at the weekly jam hosted by Prince’s rhythm section (where the Purple One often either performed or watched), he crossed paths with Vulfpeck who welcomed him as a frequent collaborator and member of the band. Solidifying a fruitful partnership, the group named their most popular instrumental track “Cory Wong,” in tribute. Lighting up the stage in the band everywhere from Red Rocks Amphitheatre to Madison Square Garden, he remains a cornerstone of Vulfpeck’s storied gigs.

Following a pair of solo albums -- Cory Wong and the Green Screen Band [2017] and The Optimist [2018] -- he delivered a trifecta of 2019 live releases, namely Live in Minneapolis, Live on the Lido Deck, and Live in the U.K. Along the way, he regularly received critical plaudits from NPR, The Current, Music Radar, Live for Live Music who dubbed him, “Stratocaster Master,” and Premier Guitar who predicted, “Wong is currently riding those hooks and his rubbery right-hand technique to modern-guitar-hero status.” His unforgettable shows tap into Gallagher levels of unpredictability as he turns up with self-effacing charm and airtight performances. However, everything paved the way for his third offering.

More than ever, it showcases and spotlights his signature style.

“I try to feature the guitar, but I don’t force myself into being the star of every song,” he says. “The instrument plays an appropriate role. It’s not all flash. I’m bringing rhythm to the forefront where it’s not so shreddy. I refer to it as ‘Covert chops.’ I’m doing things that are sneakily hard, but they lay in the cut. I allow the song to breathe and present myself as more of a composer rather than a guitar player.”

His vision took shape at four different sessions over the course of 2019 in studios across New York, Minneapolis, and Los Angeles. He introduces the album with opener and first single “Limited World” [feat. Caleb Hawley]. Backed by boisterous horns and swaggering keys, his funked-out palm-muting and deft right hand propel the track ahead at lightspeed, hinging on a hummable groove.

“I’m a Minneapolis cat, so I needed it to be a fast, high-energy funk banger,” he goes on. “I’ve got Prince in my water and blood every day. Lyrically, it’s about how we blame things for limitations on our lives. In my experience, I’ve realized we get in our own way. We play mental games and think we’re in a limited world, but it’s all in our heads.”

Following an appearance together on The Late Show with Stephen Colbert, he hit the studio with Jon Batiste for the follow-up single “Home.” Delicate piano underscores lyrical fretboard expression as the track crescendos towards a gorgeous and glistening jazz-y break.

“I composed this, and I’m leading the charge on the song, but it’s all surrounded by Jon’s piano,” Cory explains. “I’m the leader, yet he’s pulling me in different directions harmonically and in terms of phrasing. It turns into a conversation between parent and child. It’s like I’m speaking to my daughter. It’s the emotional moment on there.”

The ballad “Today I’m Gonna Get Myself A Real Job” merges self-deprecating musings and rich soundscapes into “a personal anthem of what it’s like on the journey as an artist, going between moments of extreme confidence and crippling self-doubt.” On its unofficial sequel “Starting Line,” Emily C. Browning delivers a soulful and spirited cameo, while the record’s denouement unfurls into a technical master class between Charlie Hunter and Cory on “Gumshü.”

In the end, Cory transmits joy in its purest form through the guitar.

“The guiding light is to impart a feeling of joy,” he leaves off. “I want people to experience instrumental music in a different way. This is hype. It’s more than just guitar.” 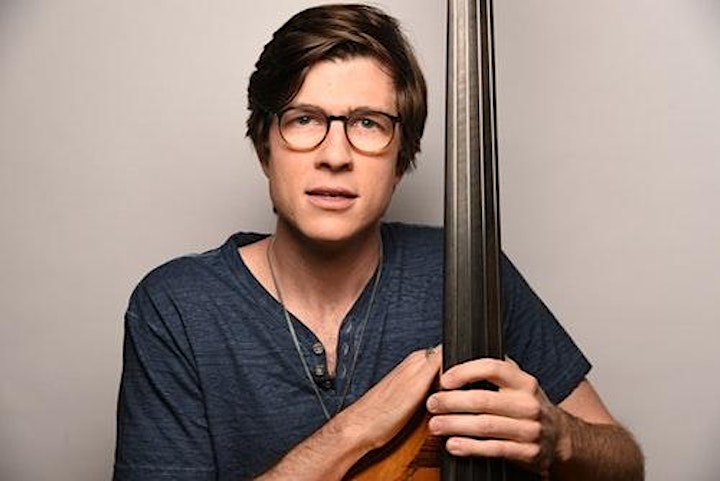 Frontman. Singer-songwriter. World-renowned upright bassist. Multi-instrumentalist. For thepast decade, Scott Mulvahill has left his unique mark on the intersecting worlds of Americana,bluegrass, folk, jazz, rock & roll, and roots music. Already acclaimed for his work alongside icons like Ricky Skaggs and Bruce Hornsby, he turns a new page with Himalayas, a versatile solo album that celebrates the full spread of his abilities.

Raised in Houston, Mulvahill cut his teeth as a member of Ricky Skaggs’ acclaimed band, Kentucky Thunder. The group toured internationally for five years, backed by the bottom-heavy pulse of Mulvahill's upright bass. Along the way, he also composed music of his own, shining a light on the genre-jumping influences — Paul Simon’s sophisticated pop, James Taylor’s folk, Jaco Pastorius’ innovative jazz, and more — that would eventually inspire the material on his solo debut, Himalayas. His performances as part of Skaggs’ nightly shows laid the brickwork for Mulvahill’s transition from hotshot sideman to compelling frontman.

Encouraged by musical mentor Bruce Hornsby, Mulvahill developed a unique approach to his songwriting — one that mixed his chops as an upright bassist with hook-heavy melodies and compelling narratives. Himalayas spotlights that distinctive style. A true “musician’s musician,” Mulvahill fills his solo debut with complex fingerwork and innovative progressions. At the same time, Himalayas is a song-driven record that focuses its attention not upon Mulvahill’s virtuosity, but upon the sheer listenability of his material. This is acoustic-leaning roots music of the highest caliber, shot through with elastic vocals, dobro, fiddle, and the honest, biographical lyrics of a songwriter who gave up an enviable position in Skaggs’ band to pursue his own muse.

“I wanna go over where I’ve never been,” he sings during the sparsely-decorated title track, one of several tracks to deal with the universal themes of facing one’s fears, taking leaps, and chasing down new horizons. Those messages are reflected in Mulvahill’s own career, as he pioneers a sound centered upon his voice and upright bass.

“As important as the bass is to the sound of my music, it’s not a crutch,” he says. “To me, the songwriting, the voice, and the message are what really matter. Himalayas is based upon this idea that there’s more to your life than your current challenge — that any setback is surmountable. There’s a ‘we’re in this all together’ mentality to these songs.”

Although bound together by universal themes, Himalayas also makes room for a diverse range of sounds. “Begin Againers” kickstarts the album with several bars of gorgeous a cappella, while “Gold Plated Lie” nods to the galloping urgency of rock & roll. Elsewhere, Mulvahill duets with Alanna Boudreau during a gospel-inspired cover of Paul Simon’s “Homeless,” then serves as a one-man band during tracks like “Fighting for the Wrong Side” and “Indefensible.” Together, these songs bridge the gap between disparate worlds — roots music, chamber music, free jazz, classic pop, and beyond — with ease and eclecticism.

“For years, I had a split personality to my music career,” says Mulvahill, whose solo career has already racked up a long list of milestones, including a tour with recent multi-Grammy winner Lauren Daigle, an NPR Tiny Desk concert, and a performance on the Mountain Stage radio show. “I was known as a bass player, but I was also a singer-songwriter. Himalayas combines those two halves together. It makes a statement about what can be done with an upright bass, while leaving room for me to explore other sounds on future albums.”

For a lifelong musician like Scott Mulvahill, the climb is never over. Himalayas marks his latest summit, showcasing the work of a songwriter whose songs swoon, soothe, and startle in equal measure.