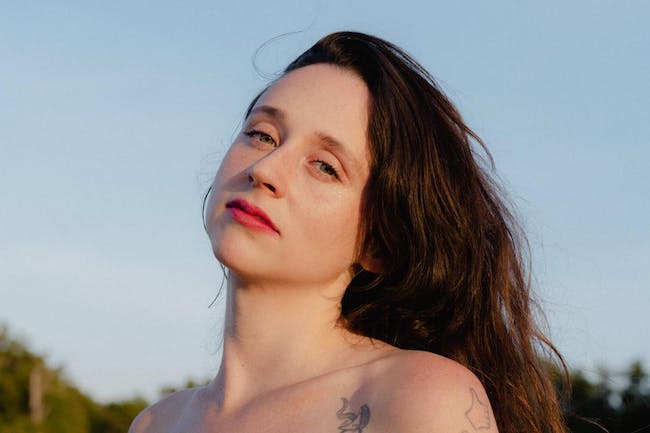 What do we hold on to from our past? What must we let go of to truly move forward?

Waxahatchee’s Katie Crutchfield, a lyricist who has always let her listeners know exactly where she is at a given moment, spent much of 2018 reckoning with these questions and revisiting her roots to look for answers. The result is Saint Cloud, an intimate journey through the places she’s been, filled with the people she’s loved.

Written immediately in the period following her decision to get sober, the album is an unflinching self-examination. From a moment of reckoning in Barcelona to a tourist trap in Tennessee to a painful confrontation on Arkadelphia Road, from a nostalgic jaunt down 7th Street in New York City to the Mississippi Gulf, Crutchfield creates a sense of place for her soul-baring tales, a longtime staple of her storytelling.

This raw, exposed narrative terrain is aided by a shift in sonic arrangements as well. While her last two records featured the kind of big guitars, well-honed noise, and battering sounds that characterized her Philadelphia scene and strongly influenced a burgeoning new class of singer-songwriters, Saint Cloud strips back those layers to create space for Crutchfield’s voice and lyrics. The result is a classic Americana sound with modern touches befitting an artist who has emerged as one of the signature storytellers of her time.

From the origins of her band name—the beloved creek behind her childhood home—to scene-setting classics like “Noccalula” and “Sparks Fly,” listening to Waxahatchee has always felt like being invited along on a journey with a steely-eyed navigator. On Saint Cloud, Crutchfield adds a new sense of perspective to her travels. Reflecting on this, she says, “I think all of my records are turbulent and emotional, but this one feels like it has a little dose of enlightenment. It feels a little more calm and less reckless.”

Many of the narratives on Saint Cloud concern addiction and the havoc it wreaks on ourselves and our loved ones, as Crutchfield comes to a deeper understanding of love not only for those around her but for herself. This coalesces most clearly on “Fire,” which she says was literally written in transit, during a drive over the Mississippi River into West Memphis, and serves as a love song to herself, a paean to moving past shame into a place of unconditional self-acceptance. Coming from a songwriter long accustomed to looking in other directions for love, it’s a stirring moment when Crutchfield sings, “I take it for granted/If I could love you unconditionally/I could iron out the edges of the darkest sky.”

Which is not to say that Saint Cloud lacks Crutchfield’s signature poetry on matters of romantic love. Still, her personal evolution in this area is evident too, as this time around, Crutchfield examines what it really means to be with someone and how it feels to see our own patterns more clearly. On “Hell,” she sings: “I hover above like a deity/But you don’t worship me, you don’t worship me/You strip the illusion, you did it well/I’ll put you through hell.”

Crutchfield also looks at what it’s like to be romantically involved with another artist, someone in search of their own truth, on “The Eye”: “Our feet don’t ever touch the ground/Run ourselves ragged town to town/Chasing uncertainty around, a siren sound” and “We leave love behind without a tear or a long goodbye/as we wait for lightning to strike/We are enthralled by the calling of the eye.”

And of course, even when Crutchfield is taking a more nuanced approach to love, her ease with all-encompassing sentiments is still clear, with lines like “I give it to you all on a dime/I love you till the day I die” which sound culled from a classic torch song.

Over the course of Saint Cloud’s 11 songs, which were recorded in the summer of 2019 at Sonic Ranch in Tornillo, TX, and Long Pond in Stuyvesant, NY, and produced by Brad Cook (Bon Iver, Big Red Machine), Crutchfield peels back the distortion of electric guitars to create a wider sonic palette than on any previous Waxahatchee album. It is a record filled with nods to classic country (like the honky tonk ease of “Can’t Do Much”), folk-inspired tones (heard in the confessional lilt of “St. Cloud”), and distinctly modern touches (like the pulsating minimalism of “Fire”).

To bolster her vision, Crutchfield enlisted Bobby Colombo and Bill Lennox, both of the Detroit-based band Bonny Doon, to serve as her backing band on the record, along with Josh Kaufman (Hiss Golden Messenger, Bonny Light Horseman) on guitar and keyboards and Nick Kinsey (Kevin Morby, Elvis Perkins) on drums and percussion. Bonny Doon will also perform as Crutchfield’s live band during her extensive tours planned for 2020, which include the US and Europe.

Saint Cloud marks the beginning of a journey for Crutchfield, one that sees her leaving behind past vices and the comfortable environs of her Philadelphia scene to head south in search of something new. If on her previous work Crutchfield was out in the storm, she’s now firmly in the eye of it, taking stock of her past with a clear perspective and gathering the strength to carry onward.

Saint Cloud will be released on March 27th on Merge Records. 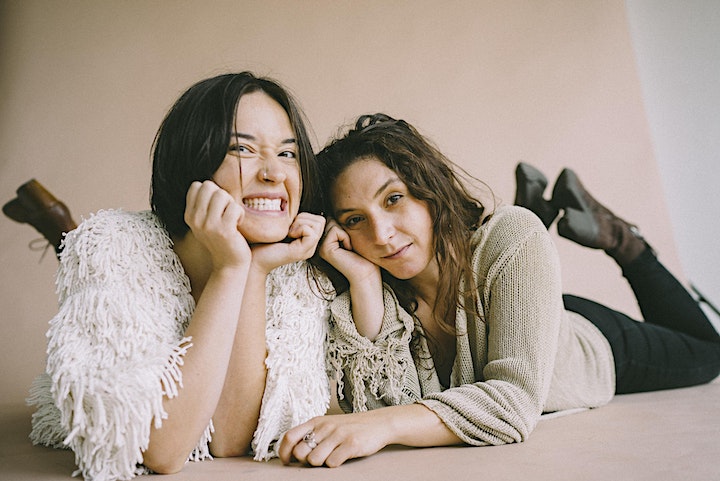 Already celebrated as the “Heart of Chicago’s Music Community” (Noisey) by both fans and tastemakers alike, OHMME (aka the duo of Sima Cunningham and Macie Stewart) amalgamate the aggressive and the meditative on their bold debut full-length album, Parts.

Still in their 20s, Stewart and Cunningham are both classically trained musicians and are established players within the Chicago music scene. They are especially involved in performing and working for venues within the local experimental music scene. They’re constant collaborators and have recorded and toured with homegrown acts as varied as Tweedy, Whitney, Chance The Rapper and Twin Peaks.

Cunningham and Stewart are multi-instrumentalist, singer-songwriters with a penchant for two instruments in particular. “The band started because we knew we could sing well together and we wanted to make some noise with the guitar,” says Cunningham. Stewart elaborates, “Sima and I are both trained classical pianists and we know many of the sonic spaces keyboards have to offer. Since we were interested in experimenting and creating something different from what we had both done in the past, we chose guitar as our outlet for this band. We wanted to create both new and uncomfortable parameters for ourselves to force us into a different creative space.” These guitar-heavy experiments are sometimes earthy and resounding, at other times shimmering and buzzing—swirling around the duo’s expertly crafted vocals while creating a chaotic bed of harmony. Cunningham’s smoky alto complements Stewart’s higher-register croon, all underpinned by the restrained yet highly inventive polyrhythmic percussion of drummer Matt Carroll. Think Amber Coffman and Angel Deradoorian-era Dirty Projectors.

Enlisting fellow Chicago cohorts Doug McCombs (Tortoise), Ken Vandermark and cellist Tomeka Reid, OHMME recorded and self-produced Parts from Cunningham’s Logan Square home studio, Fox Hall. With Parts, OHMME “wanted to capture a moment in time instead of something perfect.” The results are thrilling: from the pure pop opening track “Icon” to the candied sludge of “Peach” to the skipping rhythms of “Parts” and the dusky closer “Walk Me,” Parts draws from influences as diverse as Kate Bush and Brian Eno’s Here Come the Warm Jets to jazz and improvisational music, making for an electric debut listening experience.

This range from sweetly shiny 2-minute hypnotic bangers to woozy and sprawling 7-minute long tracks boasting moodily atmospheric wafting guitars and piercing feedback shows a band colliding thoughtfulness and creative ingenuity to produce music as unique as it is earworm-worthy. With Parts, OHMME manage to organically marry a breadth of divergent styles into an album that is cohesive, daring, and distinctly their own.