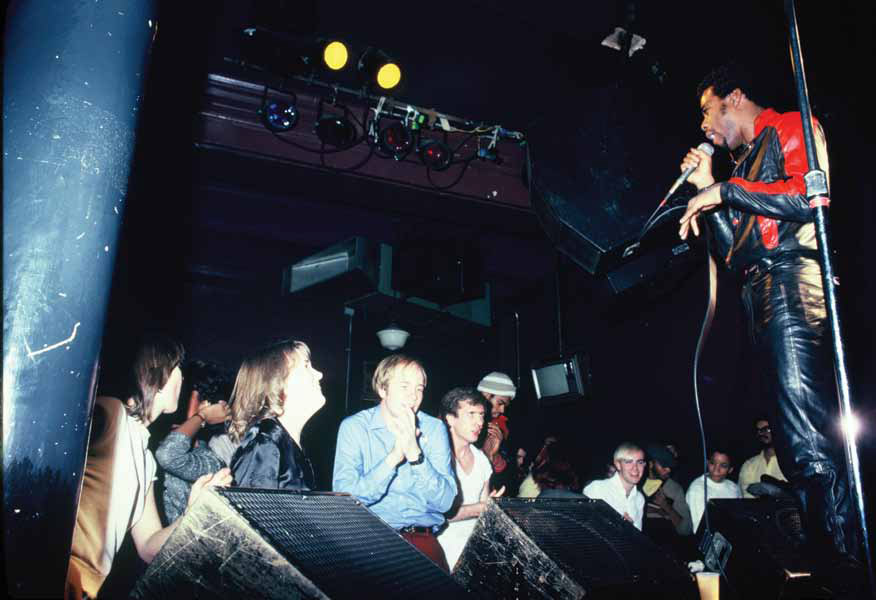 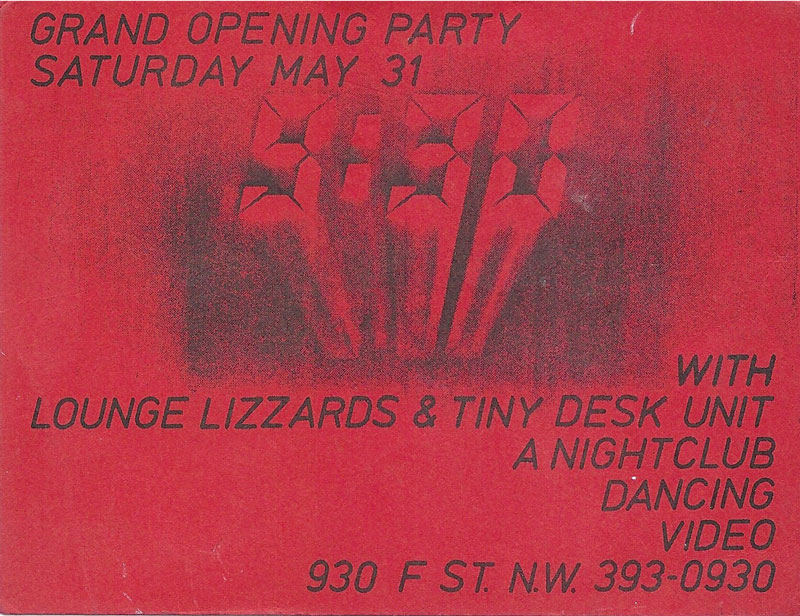 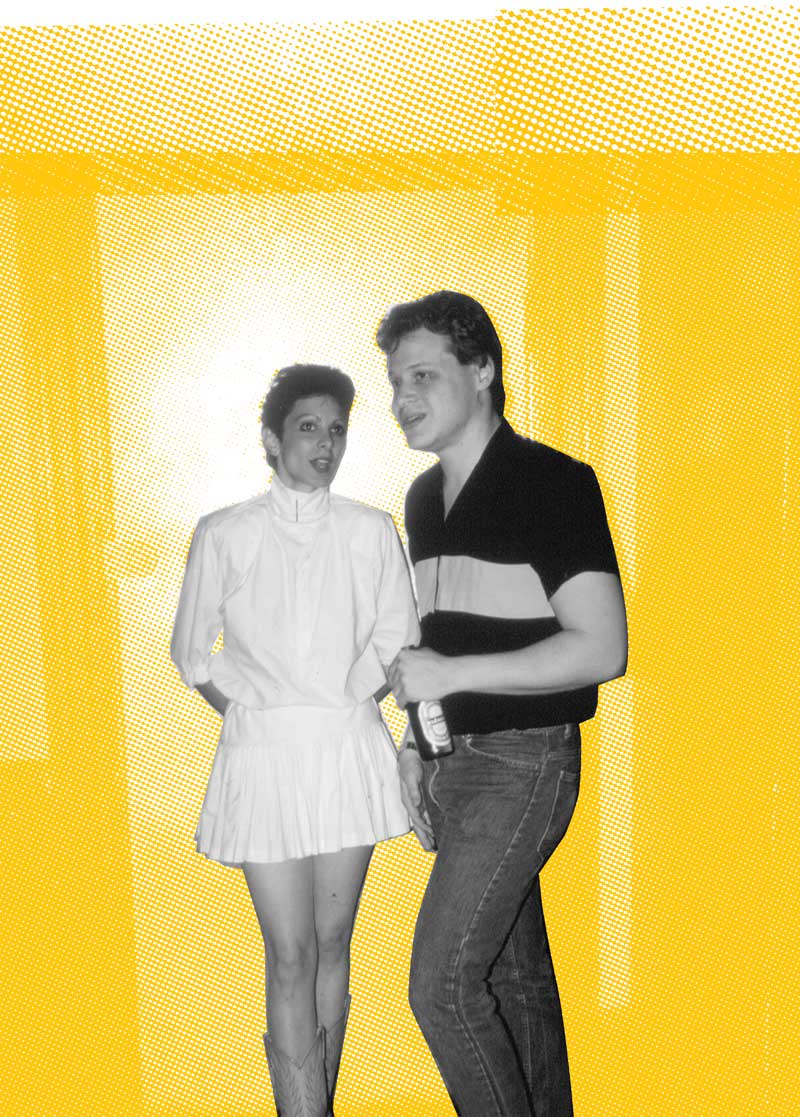 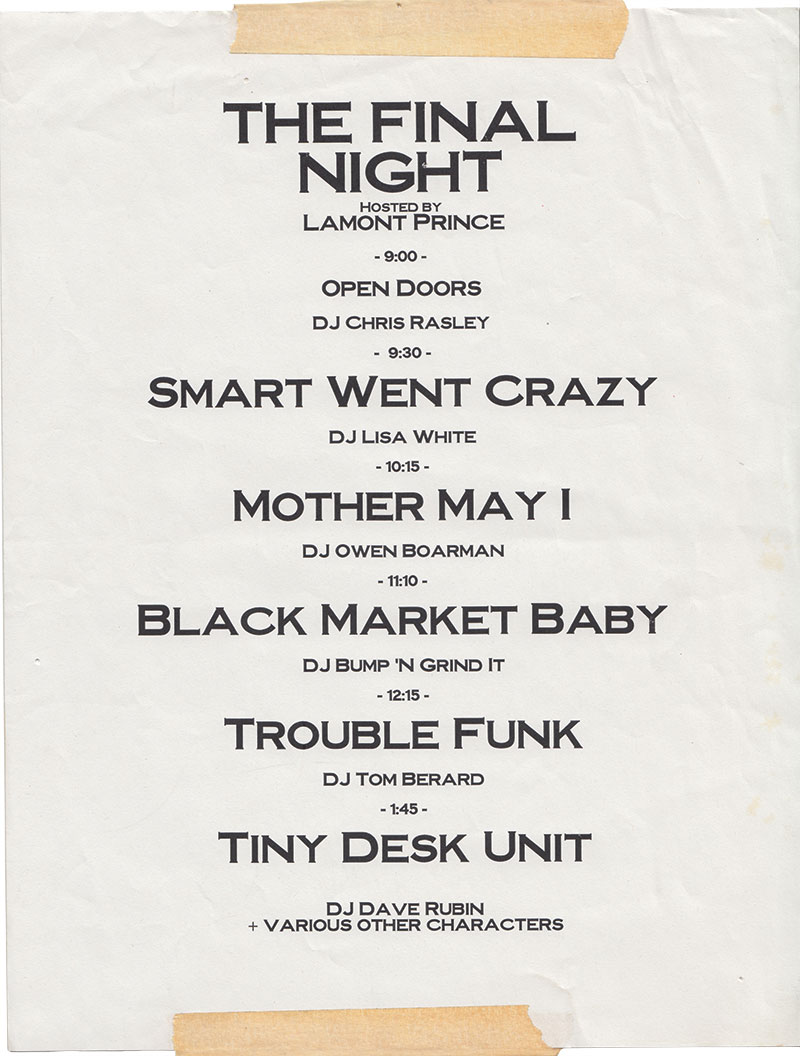 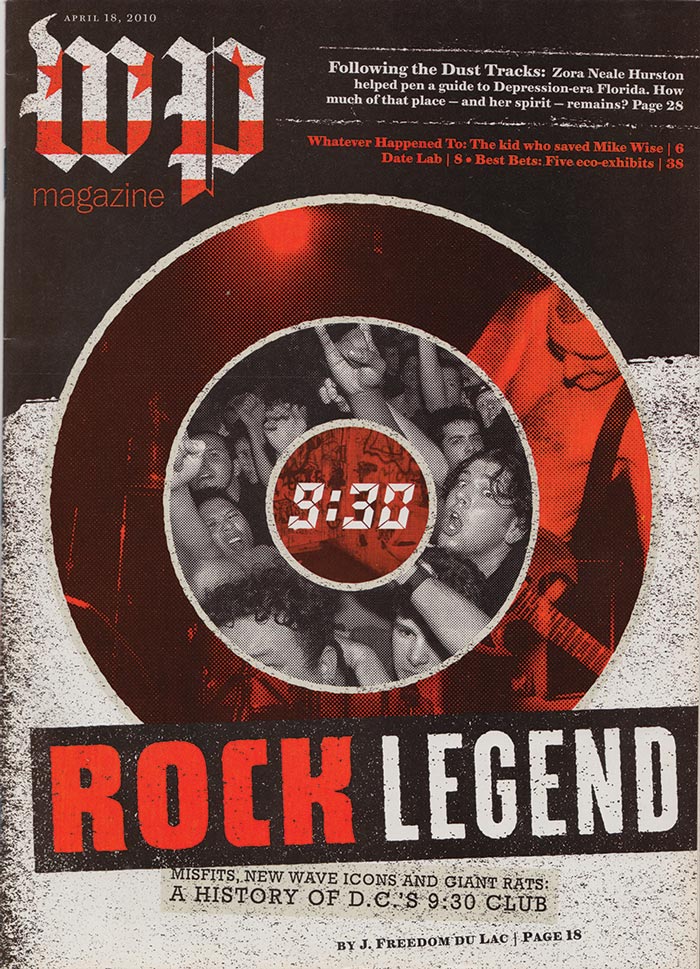 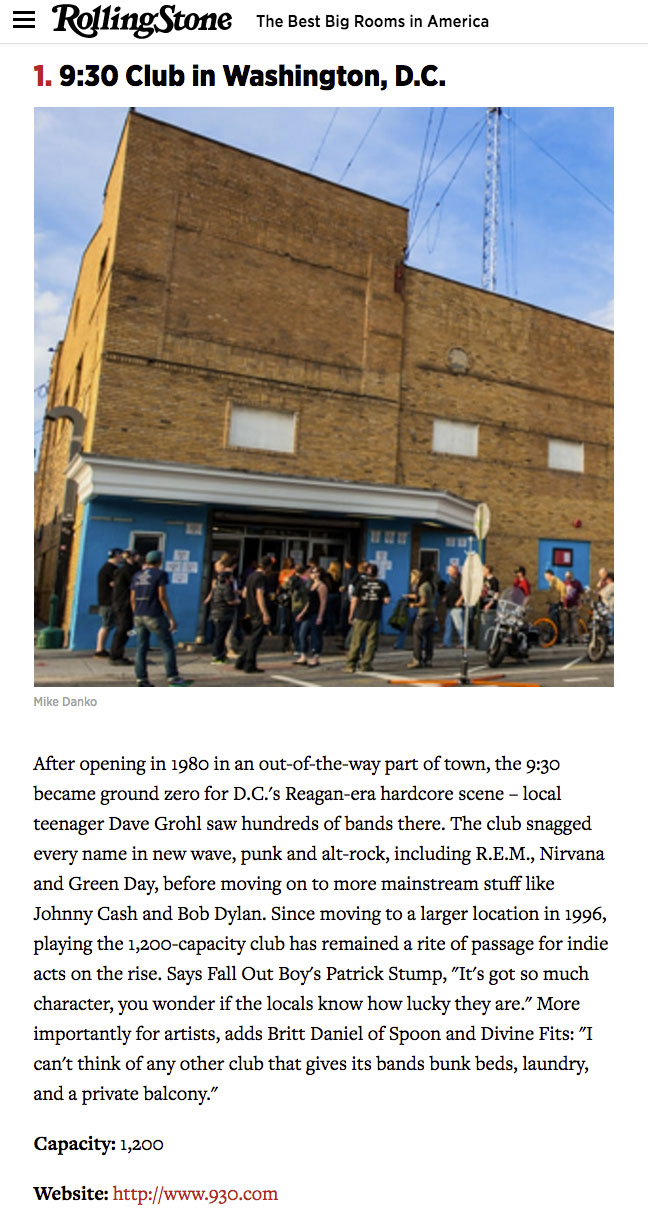 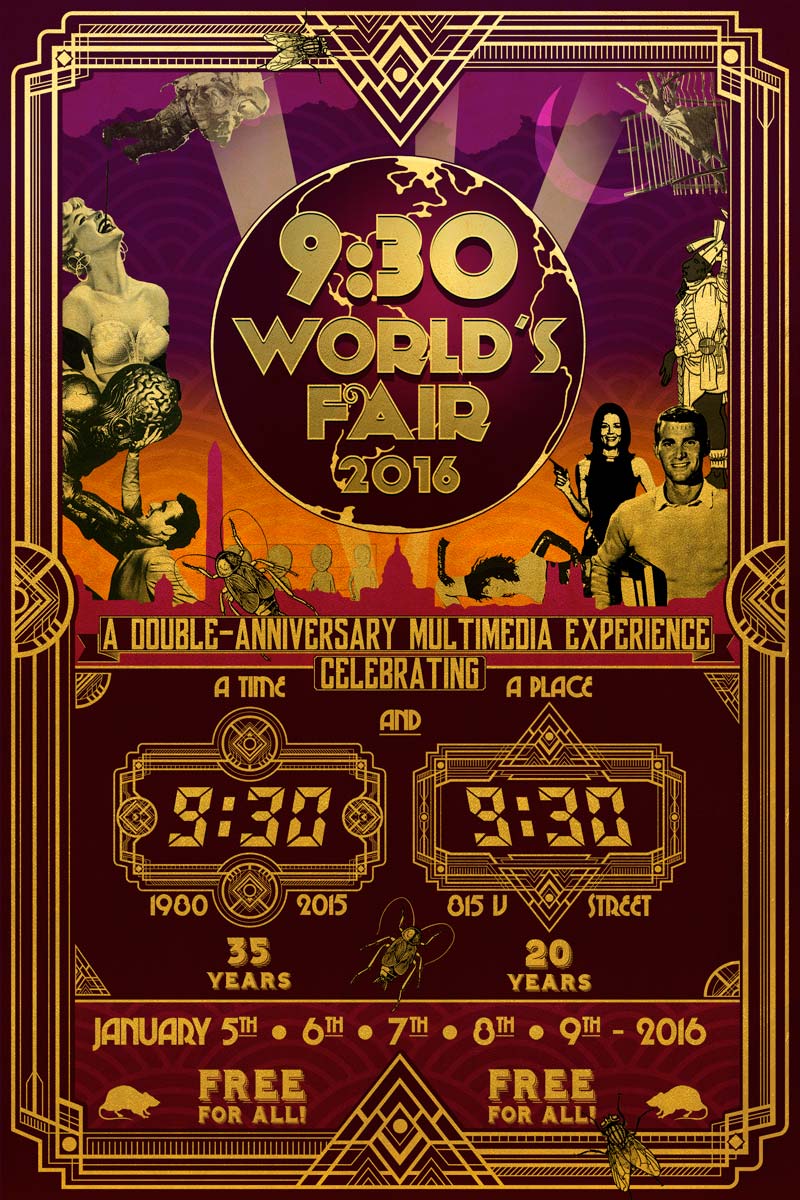 The 9:30 Club celebrates double anniversary - 35 years since it first opened and 20 years in new location - with a free multimedia exhibit, the 9:30 World's Fair attended by tens of thousands "9:30: A Time And A Place," an oral and pictorial history is published. The acclaimed coffee table book chronicles of the Club from its modest rat-infested beginnings to its place in music history as the most attended club of its size in the world. 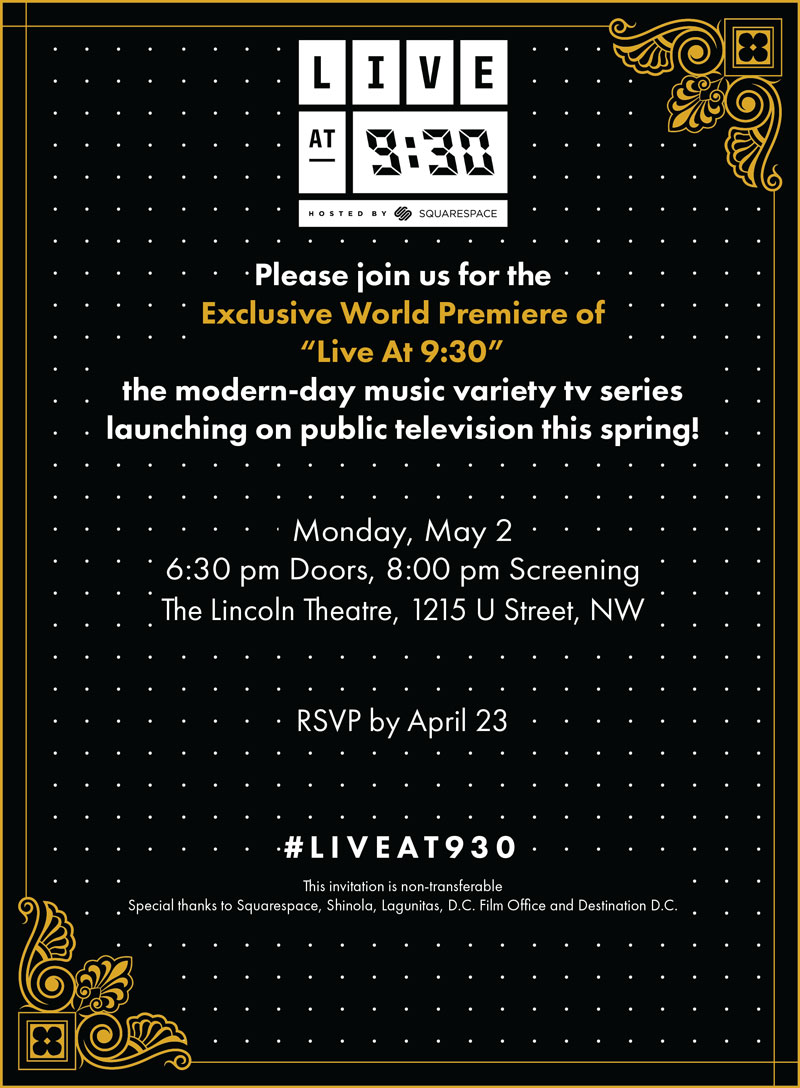 "Live At 9:30" launches on public television, giving the nation a dynamic, modern-day music variety series, and the best seat (that's not) in the house.

The 9:30 Club first opened its doors May 31, 1980 in a section of Washington, D.C. that was still scarred with boarded up buildings from the ’68 riots. The block was rife with drugs and peppered with peep shows. But Jon Bowers, a real estate guy who dreamt of being a music promoter, acquired The Atlantic Building at 930 F Street. Together with his wife Dodi Disanto, a woman with a penchant for art and the alternative, who knew how to build teams and put on a show, they took an ill-suited room and built what would become the most beloved music nightclub. It had a capacity of just 200, with large poles that obstructed the stage. It was as notorious for its rats and distinctive stench as it was for breaking acts like Nirvana, Red Hot Chili Peppers, Public Enemy, Fugazi, Bad Brains, R.E.M. and Black Flag — and hosting legends like Tony Bennett.

The same year the club opened, a kid named Seth Hurwitz created I.M.P. from his bedroom in his parent’s house, and with Rich Heinecke, his business partner and former high school teacher, started to book shows at the 1100 seat Ontario Theatre in Adams Morgan. Before long, they became the sole bookers for the 9:30 Club, and in 1986 bought the venue.

Hurwitz and Heinecke continued to thrive, growing emerging acts and attracting the biggest names … .until The Black Cat opened a venue three times the 9:30’s size. Bands quickly went where the room and the paychecks were larger. It was then that Seth and Rich knew they had to find a new home, and create THE definitive mega nightclub. After an exhaustive search, they lucked out and secured the old gospel radio station, WUST’s building, which decades before was Duke Ellington’s Club. Though it was in an abandoned part of town, they grabbed the spot and renovated it, taking into account the wish lists of artists and industry professionals. On January 5th, The Smashing Pumpkins played the first of two sold-out shows to launch the new venue at 815 V Street, NW, a room with perfect sightlines and the best sound.

The 9:30 Club has been named the # 1 nightclub by Rolling Stone, Billboard and Pollstar, more than any other club in the nation, and it’s the most attended club of its size in the world. January 2016 marked a double anniversary; 35 years since the original club opened and 20 years in its current location. “9:30 – A Time and A Place,” a pictorial and oral history coffee table book marked the anniversary, as did the “9:30 World’s Fair” a weeklong takeover of the club in which thousands of fans were treated to a multimedia walk through of the club’s 35 year history. Also in 2016, “Live At 9:30,” a modern-day music variety series, was launched on public television stations across the country, featuring interviews and performances with select acts playing the club, comedy, short films, and other entertainment.