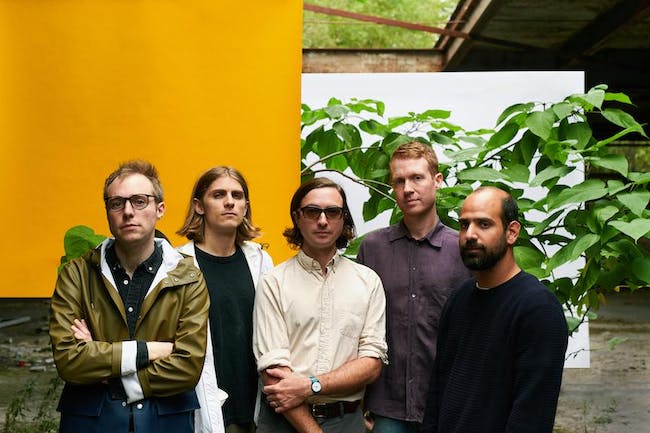 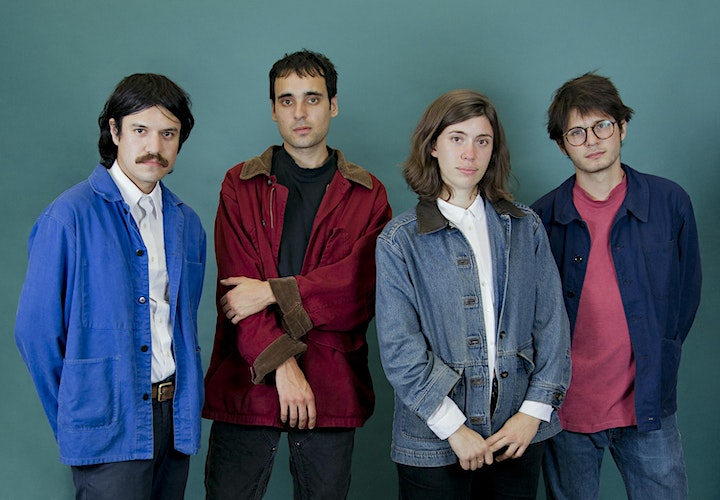 The band Real Estate have spent the last decade crafting warm yet meticulous pop-minded music, specializing in soaring melodies that are sentimentally evocative and unmistakably their own. They released their fourth and most recent album ​In Mind in early 2017, which was met with glowing reviews from media and fans alike, many of whom fell in love with the brilliantly melodic songwriting and rich lyricism of the band’s previous breakthrough record, ​Atlas​ (2014). Real Estate have played festival stages worldwide, including Coachella and Glastonbury, and the​ In Mind​ tour saw them play the largest rooms of their career, to fans eager to experience album highlights like singles “Darling” and “Stained Glass”. Real Estate have been hinting at a new release, with fans at recent 2019 shows being surprised with live versions of previously-unheard songs. It seems likely that 2020 will bring a fifth record from the beloved group, who excel at “deriving meaning from shimmering beauty” ​[NEW YORK TIMES].

Palm plays rock music backwards. Eve Alpert and Kasra Kurt's guitars occupy themselves most often with the pace-keeping work typical of a rhythm section. Meanwhile, Gerasimos Livitsanos' bass and Hugo Stanley's drums perform commentary and reportage from their deeply embedded positions at the front. The band is firmly attached to the physicality of rock, but not as much its tone; their instruments tend to sound like any number of things at any given time.

None of the members of Palm are formally trained on their instruments. The band formed in 2011 at college in Upstate New York, when high school friends Eve and Kasra met Gerasimos and Hugo. In those early days, the band was just beginning to forge its collective musical identity through experiments in recording and performing live.

Their first album, Trading Basics (2015), was written in Hudson, NY, a riverside outpost where the group could clarify its intentions outside the direct influence of nearby cultural capitals. That year, the members of Palm relocated to Philadelphia, where they continue to live only a few blocks apart from one another. This proximity has facilitated a level of collaboration necessary for a sound so slippery to remain in the firm grasp of its players.

On 2017's Shadow Expert EP, they made use of the steady hand granted by a tireless touring schedule, cutting their songs to efficiencies of pop confection without sacrificing the avant-adventurism at the center. The effort was met with praise from such outlets as Pitchfork, Stereogum, Spin, and Tiny Mix Tapes, who likened the sound variously to Stereolab, Slint, Sonic Youth and Broadcast. With Rock Island (2018), Palm excuses the company of these myriad influences with a sly brush of a hand, ushering the listener into a new domain, thrillingly strange for all its familiarity.